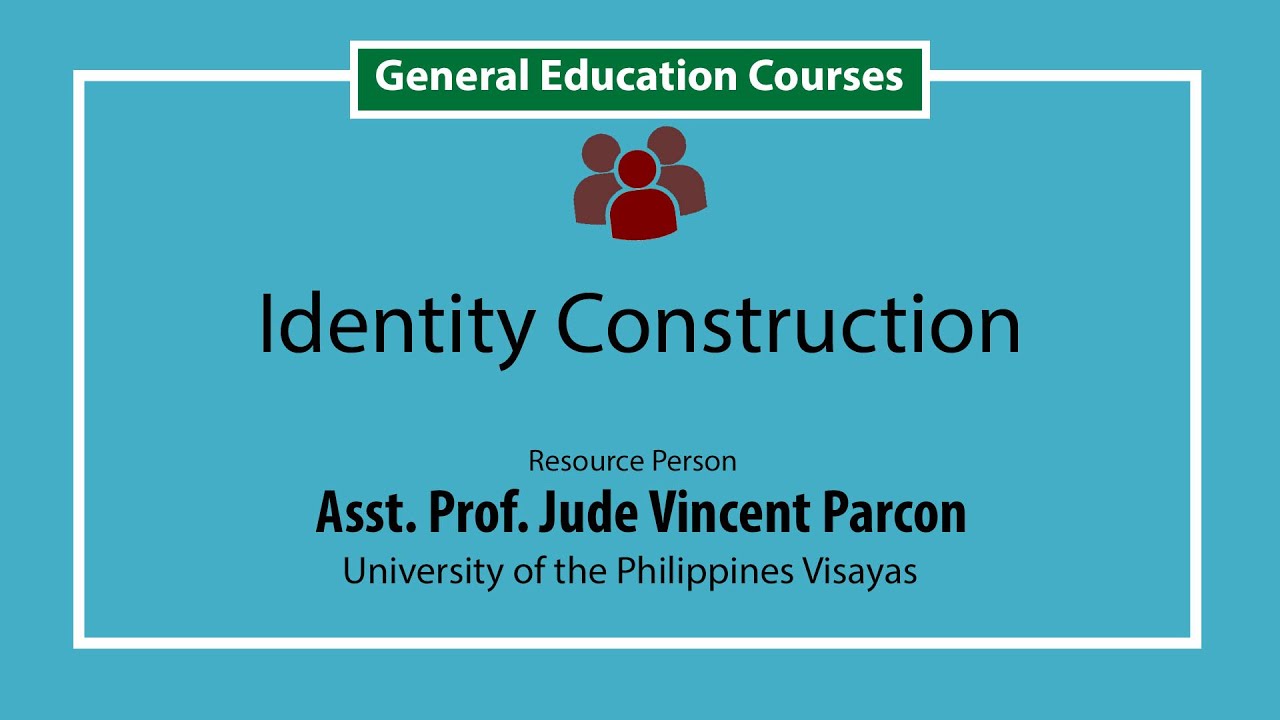 Hello! Let me ask you these questions: Do you really know who you are? How did you manage to come up with the idea as to who you are? Where did you get these notions or ideas? Does your identity change or it doesn’t change at all?

Today, we will learn about how communication influences identity and vice-versa. That is, we will explore perspectives on the dynamics between communication and identity, where identity is viewed as a social process rather than an outcome that we communicate to others.

From this standpoint, our personal identity or our notion of self “arises in communication with others,” as philosopher George Herbert Mead once said, and individual, as well as collective identity, is constructed rather than innate. But first, let us examine what identity means. For Paulin Djite, identity is the everyday word for people sense of who they are. As such, identity can be formed through interactions with others, is not stable and unitary but rather, is shifting and multiple. Hence, we have to remember that our self-concept and other’s conception of us are not necessarily one and the same. A person’s identity is shaped by his or her relationships with others, it is fluid rather than fixed, and it is political as well as personal. Identity is always dynamic rather than static and it is multiple rather than singular.

Our self-identity is influenced to a large extent by how others see us and we form our self-identity in the process of interacting with other people. Interactions that are very much rooted [in] communication. Michael Hecht and Yu Lou developed the communication theory of identity. This theory looks into identity as a social process and is constructed in and through communication; that is, identity is constructed in the process of interacting and communicating with others and identity is constructed in and through language. And communication defines our identity both directly and indirectly. For the direct construction of identity through communication, we employ linguistic codes such as naming and kinship terminologies to describe and assign macro and micro characteristics to ourselves, others and groups of people. That also [serves] as our orienting grid under different contexts. For example, if you are from Iloilo, you are called an Ilonggo—a kinship terminology brought about by the place where you came from, a micro characteristic. In a more macro level, Illonggos can also be called Filipinos, because they are residing in a province of the Philippines.

Indirect construction of identity through communication, on the other hand, we look into how communication defines us when we internalize judgments of ourselves, others and social groups based on our way of expressing ourselves. For example, if you feel happy on a given day perhaps you would like to wear something bright or colorful. Or if it is raining, maybe, you would like to go along with the mood, brought about by the rain, and wear something somber.

Identity can be seen as a performance. Erving Goffman’s concept self as performance, as articulated in his book The Presentation of Self in Everyday Life, published in 1959, that is, interactions with other individuals are considered as performing or acting out a role and a version of themselves and are engaged in a process of impression management. For example, as you go to school, you perform the role of a student. Maybe you have to dress the part as you carry your books bring your bags or even wear your school ID. But as you go home, on the other hand, you become a son or a daughter where you might need to do some household chores as requested by your parents. Or you might need to go out with your friends, in this case, you need to exhibit a different set of characteristics—something jolly perhaps. Take note, the concept of performance of identity or self applies not only to situations where you are literally on stage performing a role or presenting something to an audience but to all communication situations.

Again, let us examine the four frames of the communication theory of identity.

Personal—this concerns our self cognitions including self-image and self-concept or a sense of being. All personal dispositional characteristics that help us to make sense of who we are belong to this frame.

Enacted covers the performance and outward expressions of identity. It is how we formulate messages to express our identity. Communication is identity and not just caused or influenced by it. You can look into how you react on situations such as when you are happy do you smile or do you maintain a simple smirk? It is what people see or perceive from you.

Relational—it explains identity as something that is embedded in our relationships with others. Remember these lines: “tell me who your friends are and I will tell you who you are” or “birds of the same feather flock together.”

However, it is worth to note that there is no clear delineation of identities since categories of identities can overlap. A related concept here is the concept of intersectionality which for Gust A. Yep, refers to “how race, class, gender, sexuality, the body, and nation among other vectors of difference come together simultaneously to produce social identities and experiences in the social world, from privilege to oppression.”

Indeed the production of collective identities, such as racial and ethnic identity national identity and religious identity, is shaped by power dynamics in society. One aspect of this is evident in stereotyping, prejudice, and discrimination to include ethnocentrism, racism, and sexism against particular social and cultural groups and communities. Thus, it is important that we acknowledge the multiplicity of identities. From there, we are prevented from drawing hasty generalizations about people or stereotypes that may fuel discrimination microaggressions and intergroup conflict.

To end, let us remember, from John E. Joseph, that identity is an interest objective construction emerging from overlapping and complementary relationships characterized by, but not exclusive to, similarity and difference, genuineness and artifice, and authority and delegitimacy. This perspective, in turn, should enable us to give space for others to negotiate their identities as we negotiate ours. 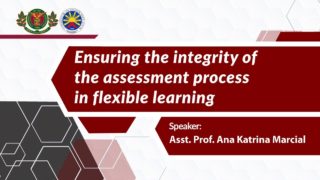 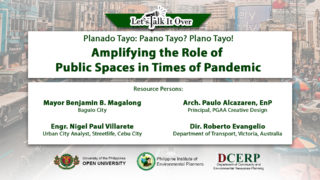 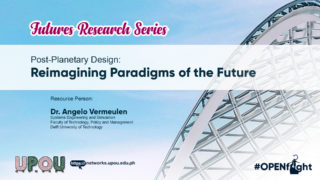 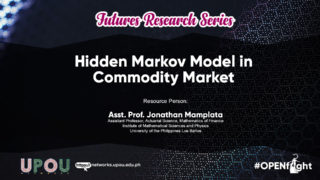 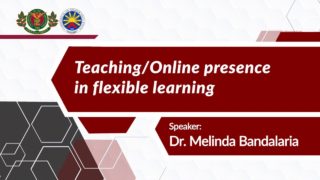 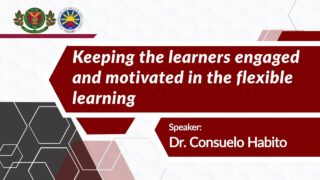 Keeping the Learners Engaged and Motivated in the Flexible Learning | Dr. Consuelo Habito 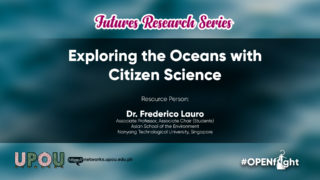 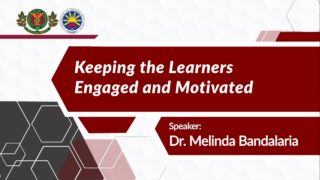 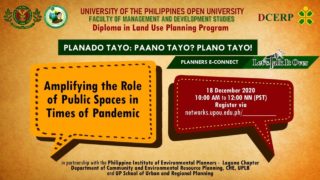 Let's Talk It Over: Amplifying the Role of Public Spaces in Times of Pandemic 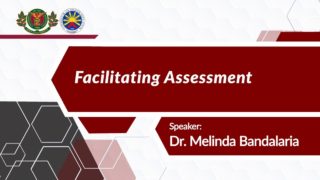 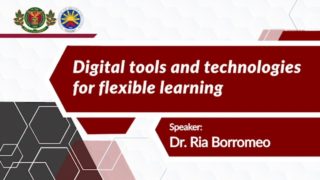 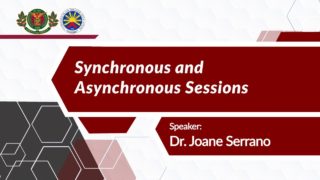 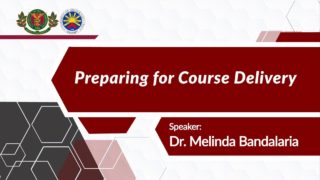 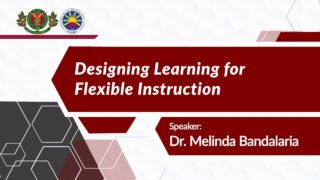 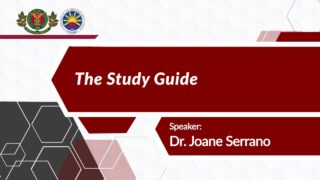 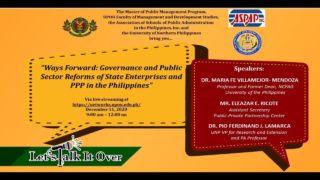 LTIO - Ways Forward: Governance and Public Sector Reforms of State Enterprises and PPP in the Philippines 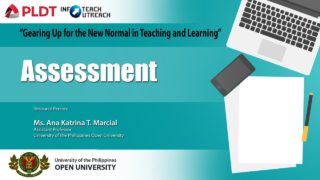 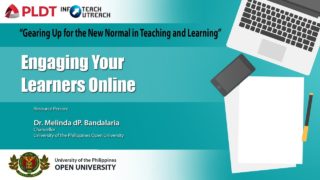 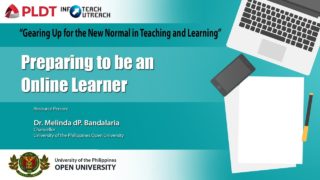 Preparing to be an Online Learner | Dr. Melinda dP. Bandalaria 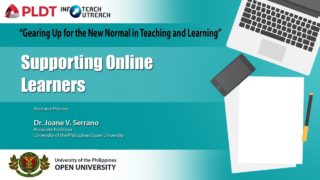