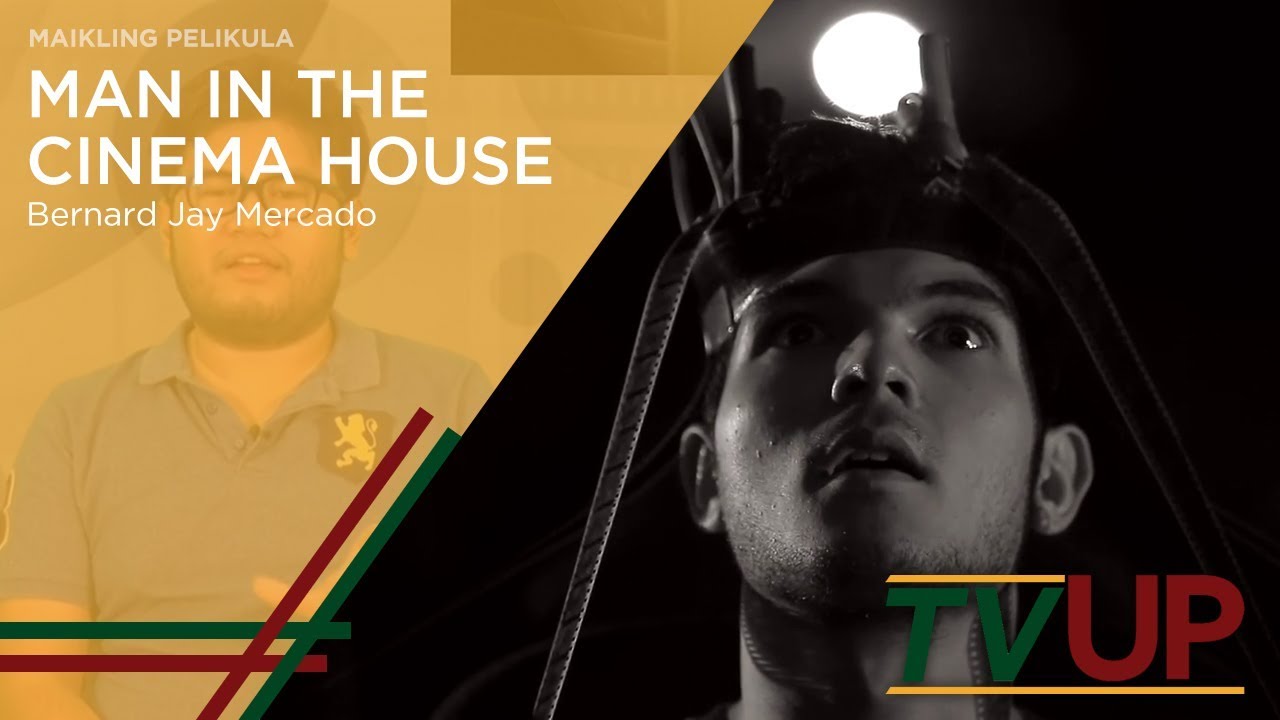 A Man is imprisoned in a movie theater for killing Jose Rizal. He attempts to escape. MAN IN THE CINEMA HOUSE is a tempo-spatial critique on the cinematic institution, its conventions and exploitations that have been normalized. It is a love letter to cinema, but at the same time, a protest to the very institution that guides its creation.

The Man is the ghost of cinema as much as the spectator becomes a “ghost” when watching a film in the movie theater. The film challenges the boundaries of cinema both in the metaphorical sense and the meta-physical method. The angry movie Man escapes, declaring that he is no more a ghost, but free of the restrictions of cinema. He recognizes that he has become a Self.

BERNARD JAY MERCADO is a young independent filmmaker and writer. His last film, Man in the Cinema House, was awarded the UP Film Institute Best Thesis Film Award and subsequently screened in various international and local film festivals, including the 7th Festival Internacional de Cine de Murcia IBAFF in Spain.

He is currently a starting screenwriter, developing project pitches for TV and film. He is also working on his first book, a science-fiction graphic novel about martial law, and a film adaptation of Ibong Adarna.