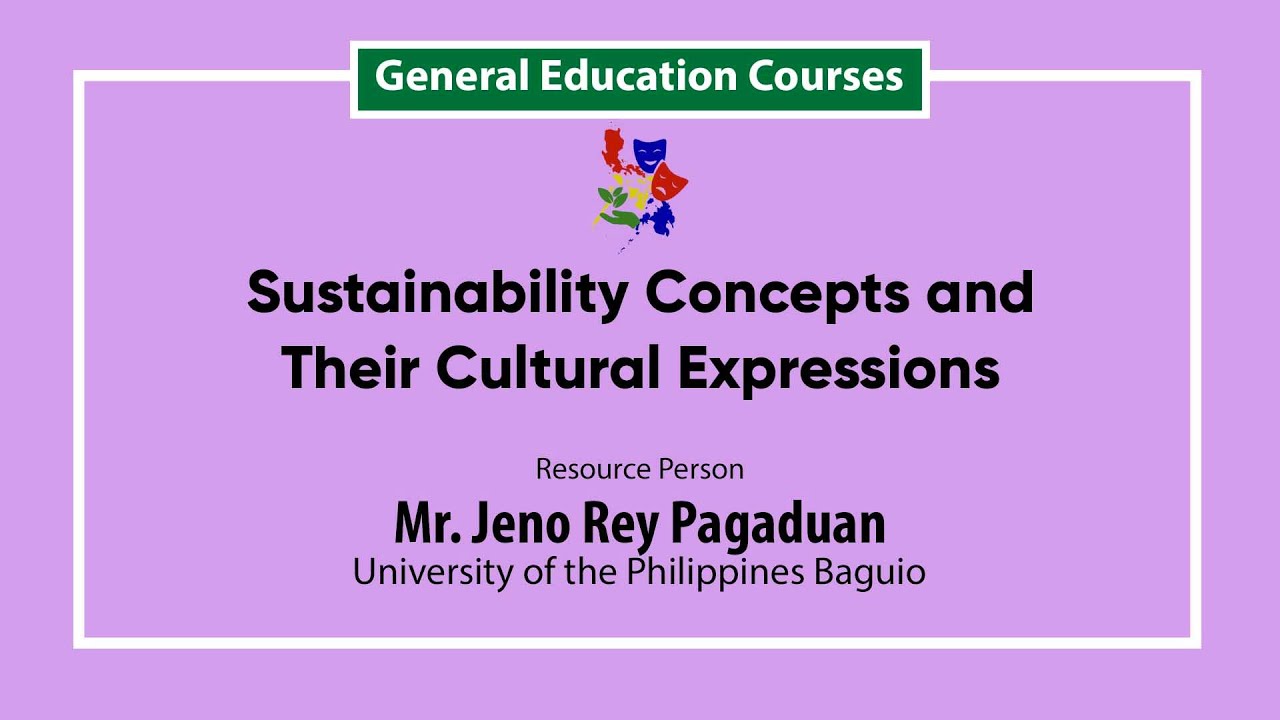 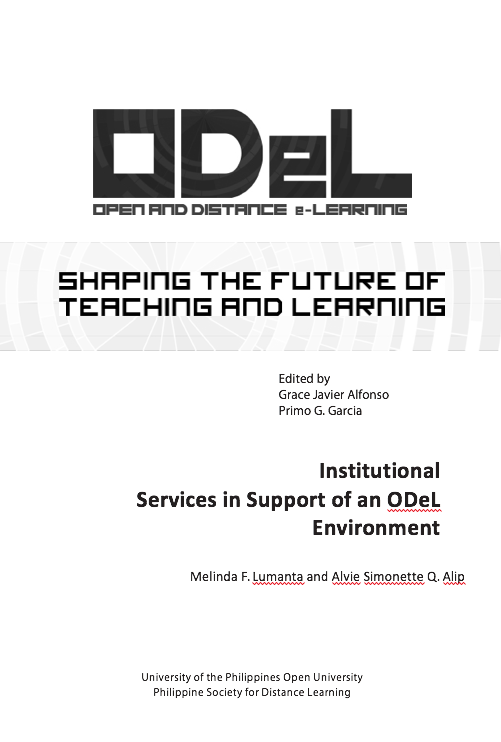 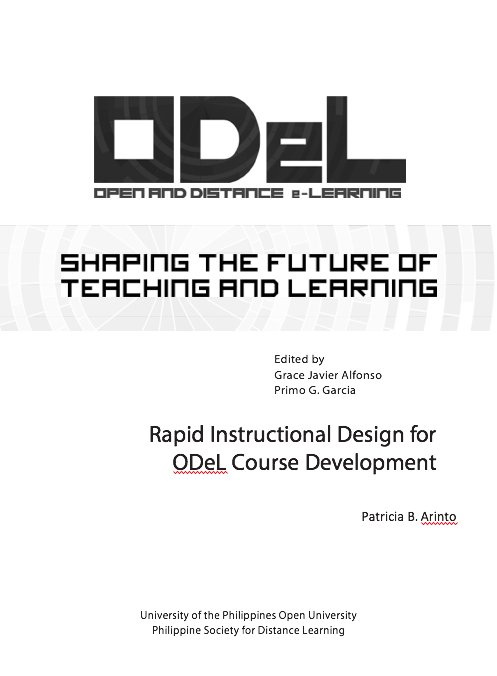 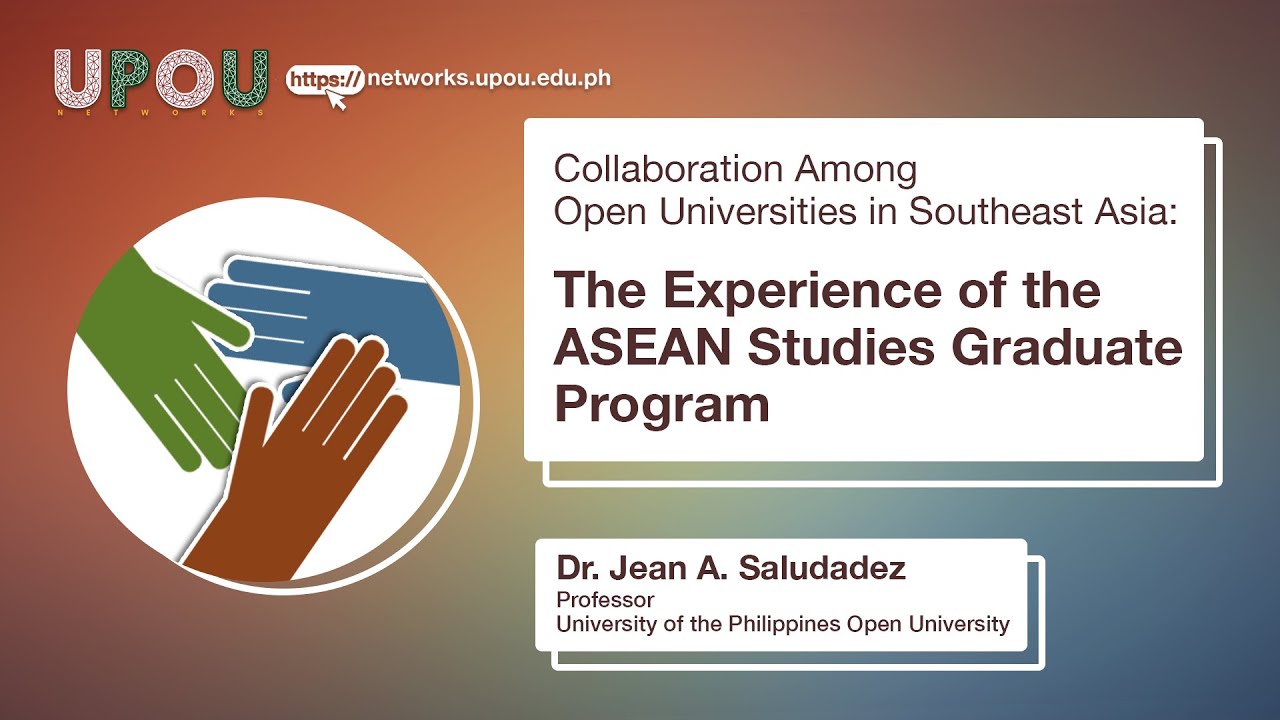 Collaboration Among Open Universities in Southeast Asia: The Experience of the ASEAN Studies Graduate Program | Dr. Jean A. Saludadez 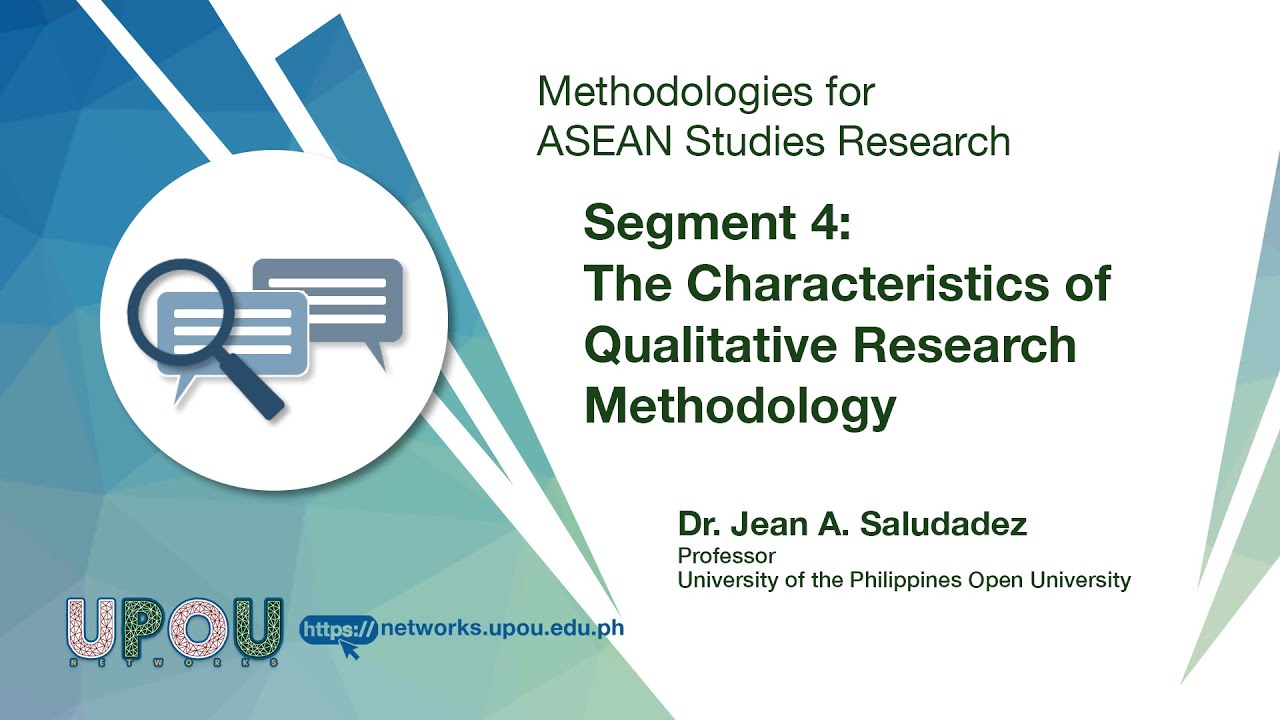 Sustainability Concepts and their Cultural Expressions

Hello! Today we will be talking about sustainability concepts and the cultural expressions. The question of what life is and how it began is difficult to answer empirically. For this dilemma, lean towards the metaphysical rather than scientific. This question requires that life be defined. However, concept of life is too vague and general, and loaded with a number of historical, traditional, and religious values. And even within scientific discourse, life alone has hundreds of working conventional definitions but none has been able to achieve a consensus. Trying to answer this question invite answers that would tend to carry a level of subjectiveness, engendering different paradigms and frameworks used to understand life and how it originated. This question puzzled man for the longest time and persisted throughout the years and as we can see later on it can be derived that man has changing paradigms about life from antiquity to modern times.

Let’s start from the early records of history. So, how did our ancestors understand living systems during their time?

From the earliest records, it can be gleaned that humans are indeed intelligent species, systematically observing their surroundings and learning from experiences. The immediate environment of our ancestors is their source of all their needs, of their sustenance. For them, knowledge of the environment was a matter of life and death—a factor that will determine if you will survive or not whether as an individual or as a tribe. For example, our ancestors  experientially learned taking care of certain plants that would supply them with food, clothing, and shelter. And failure to do so would mean loss of important resources. The immediate environment is the earliest source of education in relation to nature. These learnings—these amassed bodies of knowledge—are then passed to the next generation to increase the chances of survival of their genetic lineage. Transmission is done orally through stories, music, and the visual arts, and experientially through direct teaching of the younger generations in hunting and gathering, and in taking nature walks and rituals. In oral traditions, key people play different but equally important roles. It is through these key people to whom experiences of the tribe, such as catastrophic events, are passed on, recorded and stored. So some elders—we have elders—which function as living repositories of knowledge. We also have storytellers which serve as living vessels of information. With engaging in memorable way of telling stories, myths and legends. We also have hunters who are knowledgeable of the wildlife and have the capacity to read the slightest of signs, and can create tools, and weapons and can teach the knowledge of the environment without words. We also have gatherers who has the knowledge of fruits, animals, and their uses. We also have farmers who are knowledgeable of the seasons and the science of the wind and sky.

In today’s age, these information are not just limited to the tribe. These are collected and formalized into IKSPs or Indigenous Knowledge Systems and Practices. This body of knowledge is tested and retested for thousands of years in the most rigorous real-life laboratories for survival and well-being, and recently through modern scientific methods. We might be tempted to think that these bodies of knowledge are outdated and ineffective. However, in sharp contrast, IKSPs are proven to be a perfect scaffold for sustainable development. As an example, we have the muyong system of the Ifugaos. It’s a forest watershed management practice wherein water from the rainforest would cascade down the terrace ponds which like [are staircases that] are curved with strong ridges that act as built-in water purifying or filter system and help reduce runoff and erosion. Its effectivity also draws from having the correct attitude—the deep respect to the laws of the environment. In muyong system, the Ifugaos consider the hills and mountains sacred. Another example of resource management strategy is the lapat system of indigenous communities in Apayao. It is a customary belief practiced by Isnags wherein a specific area is designated by community members as sacred. This is known as the lapat. This public declaration happens after the death of its owner or occupant, making an area off-limits to the public including the immediate family members. Because of its effectivity, municipal environment and natural resource units recognize it as one of the strategies that can effectively conserve species and let flora and fauna repopulate. It is also notable, not only for the IPs of Cordillera but also the IPs all over the world, that resources such as water and land are communally owned. Because of this communal character and communal view on resources, the use is not fueled by greed. Every member of the tribe or community treats their resources with respect and caution, getting only what they need and ensuring that their resources will be taken good care [of], because it is also deemed that the resources are owned by the future generations.

IKSPs also display knowledge of geography—the natural world and physical world—and these are translated to art and oral literature. These are also translated into accurate prediction of future environmental conditions. And IKSPs also allowed the invention of technologies such as domestication, herbal based medicines, clothing, transportation, astronomy, and sustainable agricultural, and industrial practices.

So, how about the earlier literate civilizations?

Literate cultures are able to record more, thus, theories were more codified, and epistemologies were made explicit. They used the written word and representations in keeping track of information such as livestock, grains, making bread, wine, astronomical data among others. But, it still remains that the perspective of these people on living systems was holistic and integrative.

In the 19th century and 20th century, the paradigm has shifted from holistic to mechanistic reductionist approach. So, what is mechanistic reductionist approach? This is a paradigm wherein the understanding of nature and of complex things is done by reducing them into interactions, their parts, or into simpler or more fundamental things. This approach serves as a powerful means of analysis and allowed for the growth of biology in the past two hundred years. Reductionist approach encompasses classical experiments, with a method of controlling conditions to minimize variables, and also has given birth to other fields such as ecology, systems ecology, and environmental science. This approach is powerful, however, there are limits to this paradigm and these are the issues that complex systems perspective tries to address.

So, how about in the modern times?

In the modern times, it brings back the holistic or complex systems approach. It examines not only the components but also the relationships. Naturally, the schools of thought concerning living systems have widened. So, we have other disciplines such as environmental ethics which tries to emphasize what we are ought to do with environment. We also have the discipline of Anthropocentrism which puts prime importance on the needs of man, treating other species as resources. We also have Zoocentrism which is a viewpoint or theory that focuses on animals giving them preference above all other considerations. We also have Biocentrism which says that life in biology are the central pieces to the cosmos. It explains how life creates the universe rather than the other way around. And lastly, we have Ecocentrism, a point of view that recognizes the ecosphere rather than the biosphere as central importance.

We can see that, throughout time and across cultures, human perceptions about nature is diverse and continues to evolve. But one fact remains: across different cultures and era, nature is so important and so closely interwoven into our lives that we must sustain it for us to thrive. We are to sustain nature if we are to survive. This important fact prompts us to put up efforts to protect and sustain the environment through conservation and sustainable development plans. In simplest terms, biodiversity conservation would refer to the conservation of species within their habitat. It primarily aims to protect the variety and variability of life on earth from irreversible loss of species and this goes hand-in-hand with the sustainable development. If we are to achieve sustainable development, we should do this with a proper mindset. We should bear in mind some important points.

One, conservation and sustainable development should be science-based. This is to say that conservation and sustainable development plans should have a strong scientific basis, relying on facts and ecologically sound principles for it to be successful. Conservation [requires] not only the protection of the endangered species but also a basic understanding of its intricate relationship with other life-forms and its environment. For example, it is not sufficient to put up conservation plans that solely focus on corals. We also need to take into account its relationship with its symbiotes such as zooxanthellae, because without these algal species survival of corals will be greatly diminished. Also, we can’t protect what we don’t know. It is hard to come up with a sound plan without a basis, without scientific principles guiding us. A hit-and-miss conservation plan is worse than no plan at all because it is wasteful, ineffective, and is doomed to fail.

Another important point is that we should do science the right way. Remember that science is a discipline that strongly banks on logic and results, not on prejudices and biased views. It follows a step-by-step process and adjusts accordingly depending on the derived results. Science is not dismissive, but rather a discipline that is openly accepting any form of information to be tested out or to be subjected to its empirical methods. These are some facets of science that we often forget to apply in conservation. Past conservation efforts tend to favor mainstream science setting aside the indigenous ways. This should not be the case, because it was proven that indigenous ways of conservation are successful, sometimes even more effective.

Next, information plus action plus passion. All of these three are requisites of a successful conservation and sustainable development plan. Proper information is needed to ensure that plans are evidence-based and science-based. Action—making sure that plans are put into reality. And, passion—to have the grit and the forbearance, and the will to power through obstacles. Next point is that conservation is a prioritized strategy over rehabilitation. As the adage goes, “prevention is better than cure”. That applies similarly to conservation of the environment. The first thing that needs to be done is to protect species from further damage. We should alleviate present disturbances that threaten the survivability of the endangered. In most cases, this is all that is needed from us and the species can thrive on its own.

Next point is that not all growth and development is good. Cancer is growth—fast growth that is—but it is not good. It depletes the body’s resources while wastefully allocating it on some cells. In the same manner economic growth does not automatically mean that it is good because this might have unseen ecological costs. And we might actually be robbing our future generations’ resources.

And lastly, collaborative. Conservation and sustainable development plans should be multisectoral and interagency. Different sectors and stakeholders should work together through consultative meetings and conventions to address the gaps and prevent conflicting policies and interests. 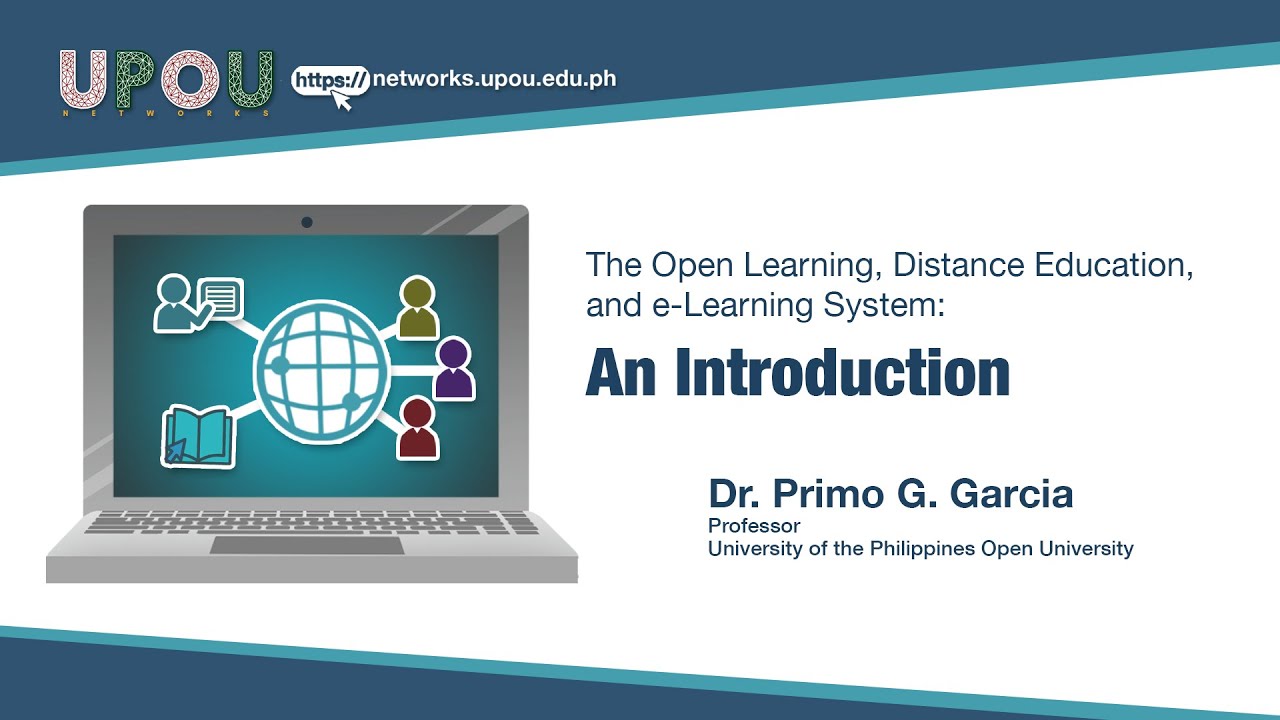 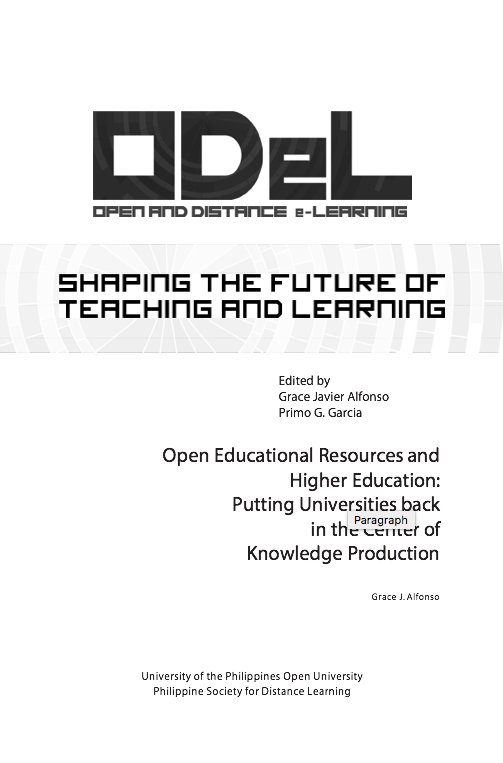 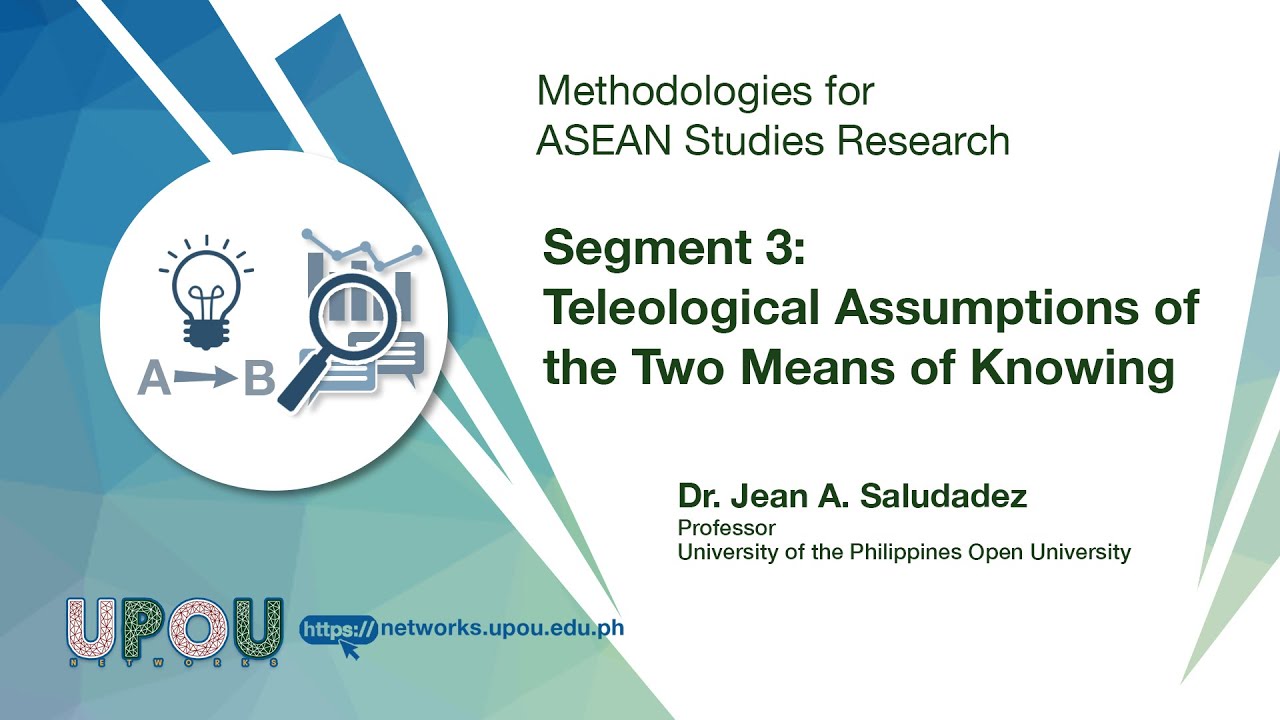 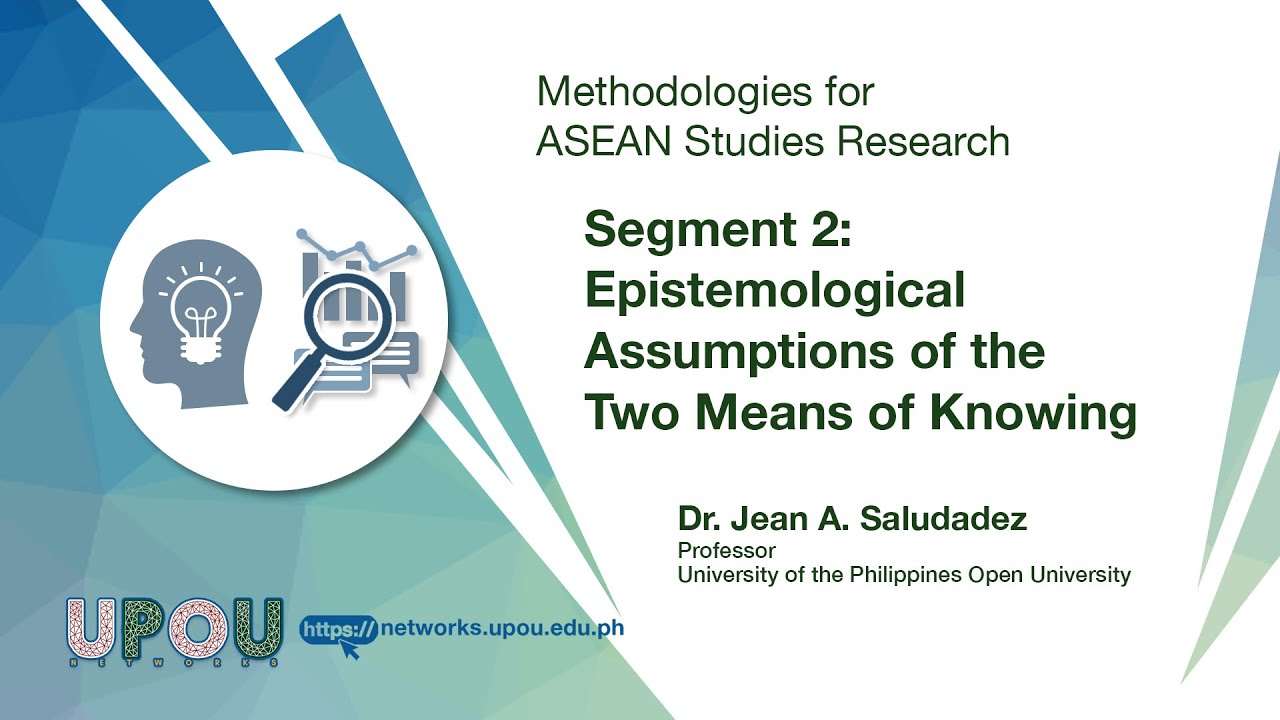 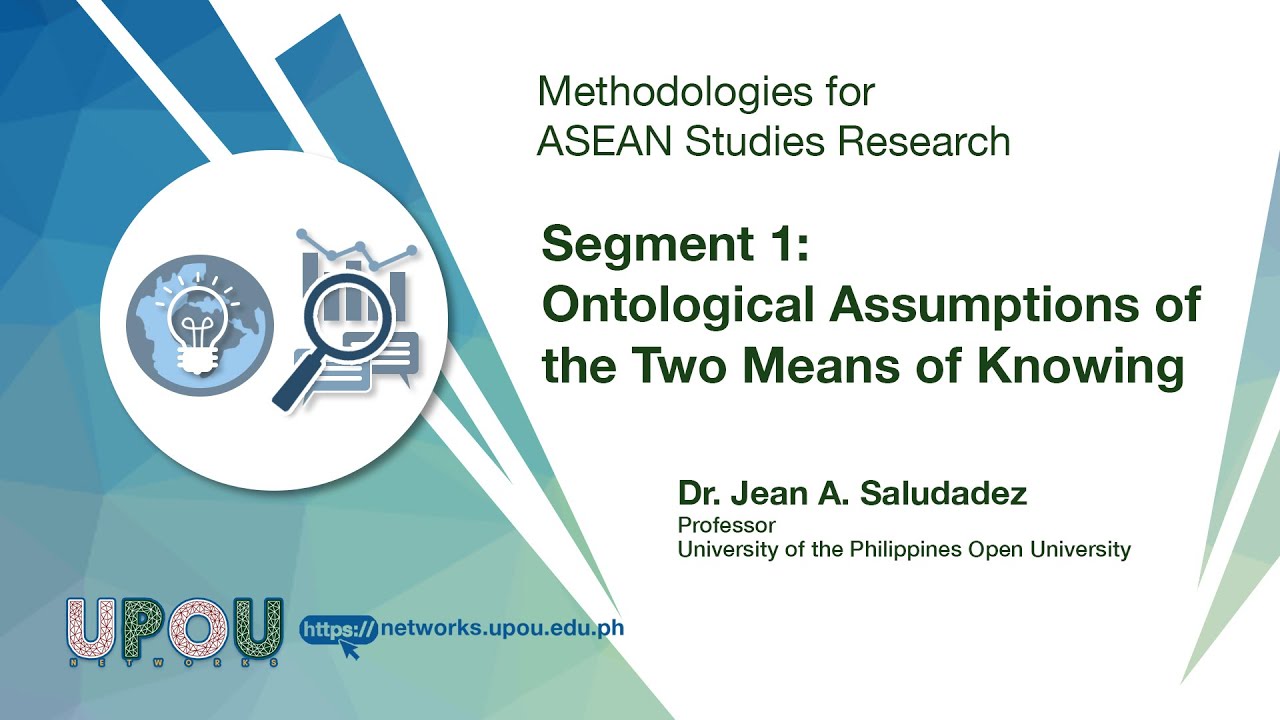 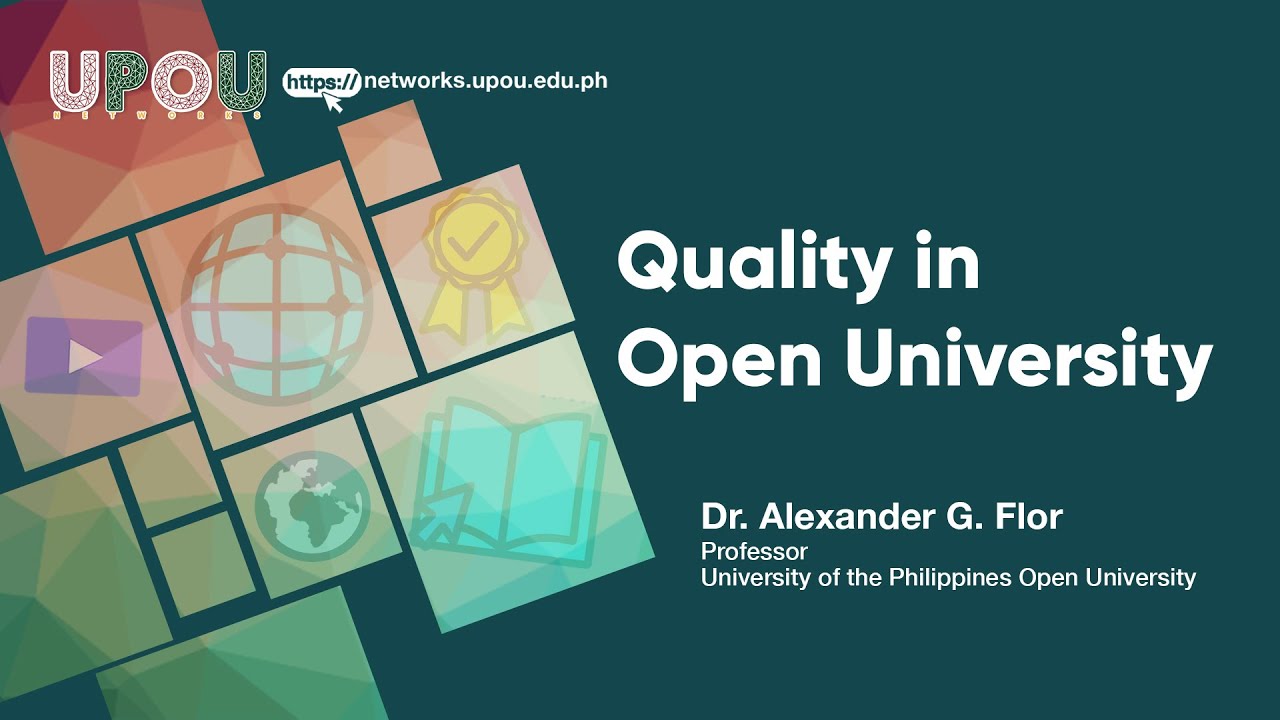 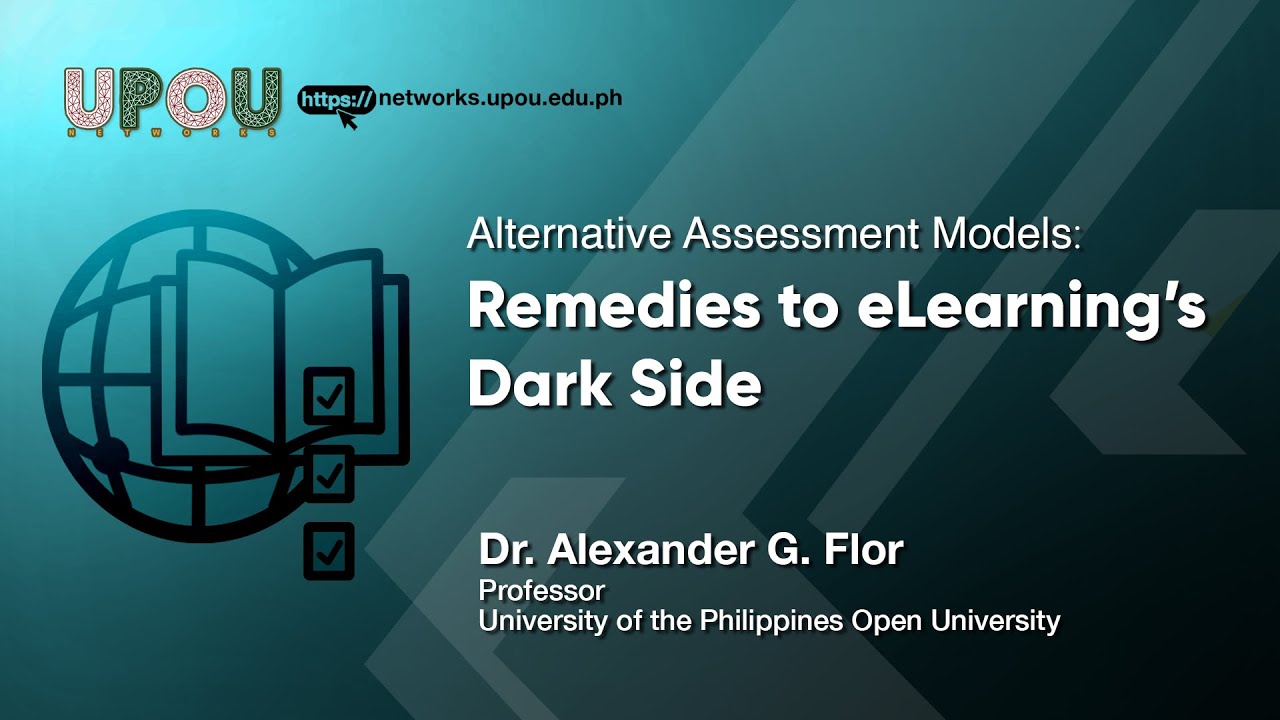